Back to News
Asia

The drill, held in the sea off South Korea’s western coast, was in response to North Korea’s unprecedented launch of eight ballistic missiles Sunday, according to a statement from South Korea’s Ministry of National Defence.

Pictures released by South Korea’s military showed the aircraft flying in a tight, triangular formation. The exercise involved 16 South Korean fighter jets — including the F-35A, F-15K, and KF-16 — and four F-16 fighters from the U.S. Air Force, according to Seoul.

“The ROK-US has demonstrated its strong ability and willingness to strike against North Korea’s provocations quickly and accurately,” the South Korean military said. The two countries are watching for further provocations by North Korea, it added.

North Korea on Sunday fired eight short-range ballistic missiles into the sea over a 35-minute period, according to South Korea’s military. It was North Korea’s 18th round of missile launches this year. 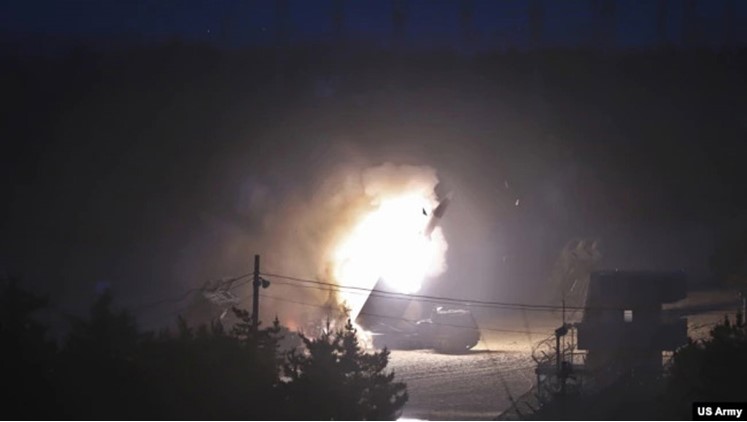 South Korea’s new conservative president, Yoon Suk Yeol, has vowed to respond quickly and firmly to what he describes as North Korean provocations. During a summit last month, Yoon and U.S. President Joe Biden discussed holding bigger joint military exercises, which had been scaled back under the previous South Korean government.

There are also signs that North Korea could soon conduct its seventh nuclear test, a step that could further raise regional tensions.

On Monday, Rafael Mariano Grossi, the director general of the International Atomic Energy Agency, said one of the tunnel entrances have been opened at North Korea’s nuclear test site, possibly in preparation for a nuclear test. Such a test, he said “would contravene U.N. Security Council resolutions and would be a cause for serious concern.”

North Korea is in the middle of one of its busiest ever years for weapons tests. It is attempting to make progress on a weapons development wish list laid out by leader Kim Jong Un in 2021.